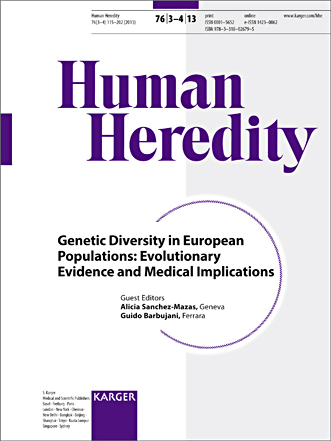 A special issue of Human Heredity entitled “Genetic Diversity in European Populations: Evolutionary Evidence and Medical Implications” has just been published. It has been stimulated by a scientific meeting held in Geneva, Switzerland, in January 2013 as the closing conference of the European COST Action (BM0803, HLA-NET), also supported by the Swiss National Science Foundation.

HLA-net is an European network of the HLA diversity for histocompatibility, clinical transplantation, epidemiology and population genetics.